The Miss America Organization Board of Trustees announces a distinguished panel of preliminary judges for the 2019 Miss America Competition next month with the new mission of preparing great women for the world and preparing the world for great women. Preliminaries will take place on September 5th, 6th and 7th at the historic Jim Whelan Boardwalk Hall in Atlantic City.

“As we launch Miss America 2.0, we are thrilled to have gathered together an extraordinarily accomplished group of preliminary judges who will bring their collective talents and experience to choose the top candidates for the job of Miss America 2019,” said Regina Hopper, President and CEO of the Miss America Organization.  “These judges have a challenging job ahead of them as they interview an extremely impressive field of 51 candidates.”

The preliminary judges are:

BONNIE CARROLL is President and Founder of Tragedy Assistance Program for Survivors, a national support network for the families of America’s fallen heroes. She turned the tragedy of the loss of her husband, who died in an Army plane crash in 1992, into a purposeful effort to create what is today a successful national program providing compassionate care for all who are grieving the death of a service member. Carroll also held government positions during the Reagan and George W. Bush administrations. She retired as a Major in the Air Force Reserves and also served 16 years in the Air National Guard. She currently serves on the Defense Health Board and the Board of Iraq and Afghanistan Veterans of America. Carroll was awarded the 2015 Presidential Medal of Freedom by President Barack Obama and was featured in PEOPLE magazine as “a hero among us”. She holds a degree in Public Administration and Political Science from American University and has completed Harvard University John F. Kennedy School of Government’s Executive Leadership Program on International Conflict Resolution.

COURTNEY BLACKWELL BURTON is an arts and education executive who combines her experience as a professional dancer with her passion for developing the next generation of global leaders. Currently, she is Senior Managing Director at The Greatest Works Agency, a strategic advisory firm for the arts and culture industries. Her previous engagements include performance work as a soloist with Ballet Theater Munich and, following her retirement from dance, as Managing Director and faculty member at The Juilliard School. At Juilliard, Burton led the development and launch of Juilliard’s digital education products, which received Best of 2015 awards from Apple.  She secured funding for the School’s inaugural entrepreneurship program and led a major rebranding and marketing campaign for Hire  Juilliard Performers, a service connecting artists with national and international performance opportunities. A frequent moderator of discussions on the performing arts, education and technology, Burton is a Presidential Scholar in the Arts, a graduate of Columbia University’s Executive MBA program, and of The Juilliard School.

BOBBY H. GRAYSON is an Emmy Award-winning hair designer and stylist with an extensive career in television, film and theatre. He began his design work by creating the hair for the original production of Steel Magnolias which led to a Drama League Award for his work and the Broadway production starring Delta Burke and Christine Ebersole.  He has designed over two dozen Broadway and off-Broadway musicals and plays starring Liam Neeson, Estelle Parson, Alec Baldwin, Sandy Duncan, Kathleen Turner, Timothy Hutton and others.  Grayson’s designs for three seasons of Saturday Night Live garnered him two Emmy nominations and a win for Outstanding Hair Design in 2000. He received three more Emmy nominations for his work on the NBC daytime soap, Passions and a special Emmy recognition for Creative Excellence for his work on theDr. Oz Show.  Grayson and his team received the Design Award from the N.Y. Women in Film and Television for work on Showtime’s The Affair. He just completed his second season on the CBS series Bull. To this day, he is proud that he was able to use his new driver’s license, while still in high school, to become Phyllis George’s personal driver for her Miss Texas competition.

J’ANNA JACOBY has diverse experience in the music and entertainment industry.  For the last two decades she has been a touring member of Rod Stewart’s band where she is featured on violin, mandolin, guitar, and vocals.  Jacoby was the first woman to become a member of his band. In addition to her work with Sir Rod, she has toured and performed for other major artists in recent years, including Adele, Kanye West and the Dixie Chicks.  She is at home in all genres of music with a solid classical background as well as a love of jazz, folk, flamenco, tango and middle-eastern music. Her father started her on the violin at 15-months old using the Suzuki method.  As a teenager, she competed in many old-time fiddle competitions becoming the first woman to win the Grand Master’s title in Nashville, TN and the second youngest to win it.  When she was 14 she was named the American Girl of the year which was awarded for her achievements and scholarship by American Girl Magazine and the Girl Scouts of America.  Jacoby attended Interlochen Arts Academy and the Vienna Music Conservatory.

LYNE PITTS’ career in journalism spans four decades, with experience in print, broadcast and digital media.  A former NBC News Vice-President of Strategic Initiatives, Pitts worked in executive positions atToday, CBS Early Show, 48 Hours and CBS Evening News. Her work has garnered six national News and Documentary Emmys and a Silver Gavel Award from the American Bar Association.  Most recently she has served as managing editor of The Root, a digital magazine owned by Univision. Pitts graduated with a Bachelor of Arts in journalism and communications from Stanford University.

NANCY REDD is an award-winning on-air host and aNew York Times and USA Today bestselling author. One of the founding talk show hosts on the Huffington Post’s digital network, a co-host on FOX’s So-Me TVand a GLAAD Award-nominee for outstanding digital journalism, Redd is also an expert on body positivity and self-acceptance. Essence magazine proclaimed Redd “the perfect combination of style and substance.” Redd is a product of the Miss America System having competed as Miss Virginia 2003. She is the author of several books, including Pregnancy, OMG!: The First Ever Photographic Guide for Modern Mamas-to-Be.She holds an honors degree in women’s studies from Harvard University.

BILL TOWNSEND is a life-long entrepreneur, having started over a dozen companies, including five that are publicly-held. These companies have included Lycos, sixdegrees (now LinkedIn), GeoCities (now Yahoo!), and Deja.com (now Google and eBay). He is the President and CEO of RevolutionSports, a technology and television production company, and TRICCAR Holdings, Inc., a pharmaceutical research firm. In 2000, he founded Amati Foundation which has placed over 200,000 musical violins, violas, celli and guitars into the hands of financially challenged up-and-coming performers. He is the author of Yes You Can! How to be a Success No Matter Who You Are or Where You’re From. Bill earned his BA at the College of Wooster and his MBA in global business at Baylor University.

Following the preliminary competitions, Miss America 2019 will be chosen live on ABC on September 9th, from historic Jim Whelan Boardwalk Hall. Tickets can be purchased at Ticketmaster. 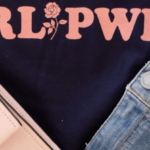