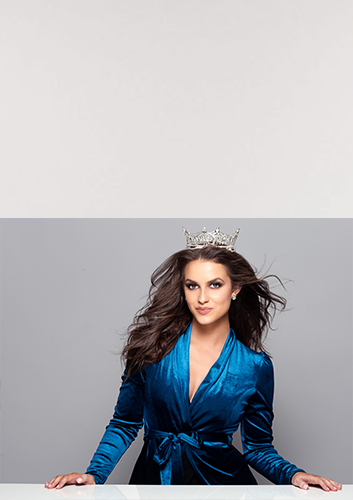 CamiIle Schrier, 24, grew up In Bucks County, Pennsylvania, before moving to Virginia to pursue her undergraduate degrees. In 2018, Camille graduated with honors from Virginia Tech with dual Bachelor of Science degrees in Biochemistry and Systems Biology, and is currently pursuing a Doctor of Pharmacy at Virginia Commonwealth University.

In June of 2019, Camille was named Miss Virginia after breaking from tradition to perform the “catalytic decomposition of hydrogen peroxide” as her onstage talent. Her unique talent performance and focus on women in STEM has sparked a positive reaction of inclusivity for the program as a whole. Camille’s story has been shared with hundreds of children and viewed by millions. She can be seen on national and international media outlets including The Today Show, Talk Stoop, CNN, BBC, The Kelly Clarkson Show, CBS This Morning, Inside Edition, The Weather Channel, Southern Living, Canada’s CTV, Germany’s RTL, and many more.

On December 19, 2019, Camille earned the job of Miss America 2020 after competing live on NBC from Mohegan Sun Arena in Connecticut. A certified Naloxone trainer in the city of Richmond, Schrier will use the Miss America national recognition to promote her own social impact initiative, Mind Your Meds: Drug Safety and Abuse Prevention from Pediatrics to Geriatrics. Most recently, Camille was awarded the Engineering Champion Award by the Phi Sigma Rho National Sorority for her work in promoting women in engineering and technical fields. Camille will travel over 300 days this year to share her message and advocate for change.

In addition to her passion for science and drug safety, Camille has battled body image issues. As a young woman who previously battled an eating disorder, Camille chose to compete In Miss America 2020 because of the redirection from physical appearance to social impact.

More than 130 Americans die each day from an opioid overdose. Medication errors occur in over 7 million patients a year with an associated cost of nearly $21 billion dollars across all care settings.

A doctor of pharmacy student and certified naloxone trainer, Camille’s year of service is dedicated to reducing opioid abuse, medication errors, and the associated mortality of both by educating across communities and demographics, from pediatrics to geriatrics. 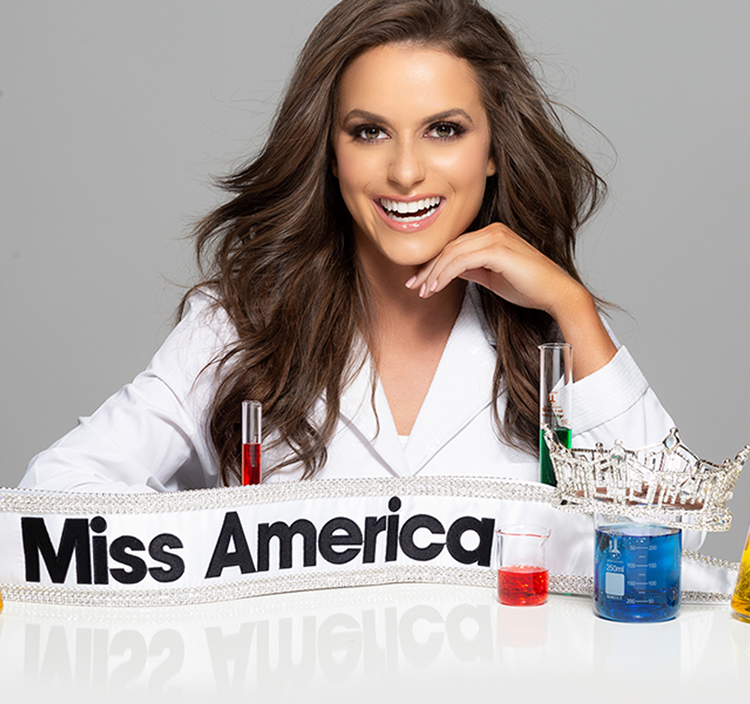 Pursuing her Doctor of Pharmacy from Virginia Commonwealth University.

Showcased the catalytic decomposition of hydrogen peroxide for her talent presentation.

Sign up for for the latest news on the 100th Anniversary, the Competition, and Miss America herself!