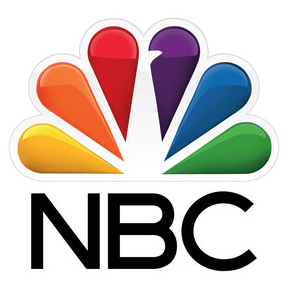 Young Students and Professionals to Advance Message of Female Strength, Independence and Empowerment

UNIVERSAL CITY, Calif. – May 29, 2019 – NBC and the Miss America Organization announced today that “The 2020 Miss America Competition” will air live on NBC. Discussions are currently underway with potential venues.

The date and location of the competition will be announced soon.

The scholarship competition returns to NBC, its former home of two decades, with a two-hour telecast that will follow the 51 compelling candidates as they compete for life-changing scholarships to be used to continue their efforts toward community service and education. The show will continue to highlight a diverse group of young students and professionals who are advancing the message of female strength, independence and empowerment through their efforts in the areas of scholarship, talent and social impact. The Miss America Organization has ushered in a new era of progressiveness and inclusiveness, led by an all-female leadership team.

“NBC is excited to once again team with our friends at the Miss America Organization in what we know will be an entertaining telecast featuring so many inspiring women,” said Doug Vaughan, Executive Vice President, Special Programs and Late Night, NBC Entertainment.

“Miss America is thrilled to be back home at NBC with our 100th anniversary just around the corner. NBC is the perfect partner to tell the real stories of these intelligent, talented and socially conscious young women who will be the country’s next leaders,” said Regina Hopper, Miss America President & CEO.

Over the last two years, the Miss America Organization and its state competitions have awarded nearly $6 million in scholarships.

Miss America 2019, Nia Franklin, is a gifted singer/songwriter who has been promoting her social impact initiative “Advocating for the Arts” through appearances at colleges and universities. She has performed with orchestras and operas across the country, spoke at arts schools and held master classes. At the invitation of New York Philharmonic, she hosted the Philharmonic’s “Phil the Hall” and was called by the New York Times the “ideal host” for the program that opens up classical music to everyone through free programming. Among other events, Franklin has been a part of the New York Metropolitan Opera’s and the L.A. Opera’s opening nights, was the keynote speaker for the Center for Education Reform and Lincoln Center’s most recent board meeting, and has worked with Sing for Hope to promote the arts.

As its National Goodwill Ambassador, Franklin has also brought joy to hundreds of children being treated at Children’s Miracle Network Hospitals. In keeping with the Miss America Organization’s longstanding relationship with the military, she has also spent time supporting our men and women in uniform through her many appearances with the USO. 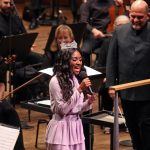 Review: The Philharmonic Invites, and the Audience Packs the House