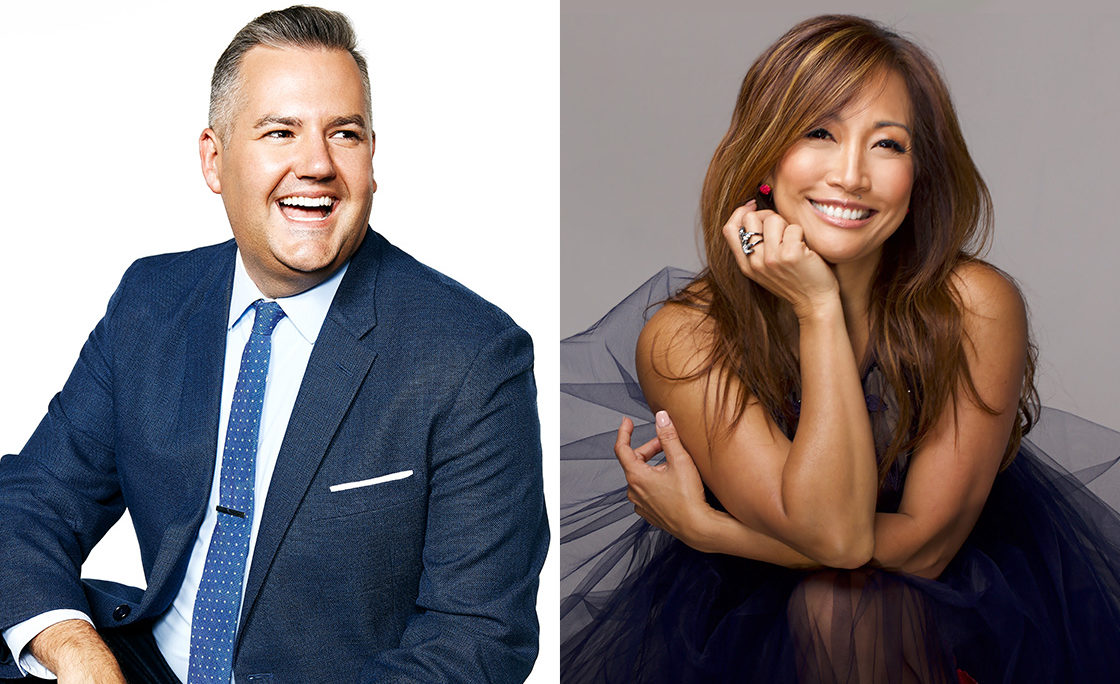 Inaba, a judge on ABC’s “Dancing with the Stars,” hosts this year’s historic competition where 51 women from around the country will take center stage competing for the job and scholarship dollars that come with the crown of Miss America 2019. Mathews will join Inaba and anchor reports throughout the evening from backstage, sharing all of the glitz, glam and candidate activities, while also providing commentary and updates from the arena floor and a skybox position at Boardwalk Hall.

“I am honored to be invited to host ‘The 2019 Miss America Competition,’” said Inaba. “I choreographed the Miss America Competition for years and am thrilled to be this year’s host.  I’m humbled to have the chance to be part of an evening that will give young women the opportunity to further their education and crown a new Miss America.  I have always been a fan of the Miss America Organization that consistently encourages women to be strong, intelligent and radiant women in the world,” she added.

“Since I’ll never get to compete for the Miss America crown, this is the next best thing,” said Mathews. “I feel like a lucky fan who won a golden ticket and gets to stand on stage alongside the gorgeous Carrie Ann Inaba and 51 incredible women knowing that one will be officially crowned the new Miss America. It’s a dream to be asked and I am beyond excited to get to Atlantic City. Who knows? Maybe the winner will even let me try on the crown!”

Carrie Ann Inaba is a host, choreographer, writer, producer and animal advocate. She is most recognized as a judge on ABC’s Emmy Award®-winning “Dancing with the Stars,” as well as for her choreography work on popular series including “American Idol,” “So You Think You Can Dance,” “Dance Wars: Bruno vs. Carrie Ann,” “American Juniors,” “Dance Fever,” in which she also served as backstage host, “The TV Land Awards” and “The Kids Choice Awards.” She enchanted audiences with her unprecedented and groundbreaking performance with Madonna on “The Girlie Show World Tour” as a dancer and was a Fly Girl in the Emmy Award-winning “In Living Color.” She was also the host of Game Show Network’s “1 vs. 100” and TV Guide’s “Red Carpet Live,” pioneered TV Guide’s “Fashion Wrap with Carrie Ann,” is the most frequent returning guest host for “Live with Kelly & Ryan,” is a regular guest host on “The Talk,” and was host and presenter of the American Music Awards’ “Red Carpet Exclusive.” She guest-starred as Hannah Montana’s choreographer Tina in the popular Disney series but is best known for her role in “Austin Powers in Goldmember” as Fook Yu. Inaba’s passions are not confined to dance and entertainment. In 2012, she launched The Animal Project Foundation, a 501c that collaborates with rescue and animal organizations to create programs that save animals’ lives by providing emergency rescue grants. On Sept. 6, 2018, Inaba is launching “The Carrie Ann Conversations,” a personal empowerment blog sharing information and personal stories with women around the world.

In 2001, Ross Mathews made his television debut as a correspondent for “The Tonight Show with Jay Leno.” He can currently be seen as a judge on the Emmy Award-nominated series “RuPaul’s Drag Race.” In addition to “RuPaul’s Drag Race,” Mathews competed on CBS’ “Celebrity Big Brother” which was the first celebrity edition in the U.S. of the popular “Big Brother” series. He came in second place and won America’s Favorite Houseguest, voted on by the viewers. Mathews currently co-hosts the “Big Brother” after show with Marissa Jaret Winokur. Mathews also can be heard weekly on his top-rated podcast, “Straight Talk with Ross Mathews.”

ABC Entertainment airs compelling programming across all day parts, including the No. 1 new drama on television, “The Good Doctor,” and the return of “American Idol”; in addition to upcoming new dramas “A Million Little Things” and “The Rookie,” starring Nathan Fillion; new comedies “The Kids Are Alright” and “Single Parents”; and the new prime-time talk show, “The Alec Baldwin Show.” The ABC Television Network is also home to the groundbreaking dramas “How to Get Away with Murder” and “Grey’s Anatomy”; the Emmy® Award-winning “Modern Family” and trailblazing comedy favorites “black-ish,” “American Housewife,” “Fresh Off the Boat,” “The Goldbergs,” “Speechless” and midseason breakout, “Splitting Up Together”; hit game shows “The $100,000 Pyramid,” “Celebrity Family Feud,” “Match Game” and “To Tell the Truth”; reality phenomenon “Shark Tank,” iconic “The Bachelor” franchise, long-running hits “Dancing with the Stars” and “America’s Funniest Home Videos”; “General Hospital,” which has aired for over 50 years on the network; and late-night talk show “Jimmy Kimmel Live!” The network also boasts some of television’s most prestigious awards shows, including “The Oscars®,” “The CMA Awards” and “The American Music Awards.”