Atlantic City, NJ (June 13, 2018) One of the most beloved Atlantic City traditions, the Miss America Show Us Your Shoes Parade will take place on Saturday, September 8, step off 4:45 PM EST, on the famed Atlantic City boardwalk. Miss America 2018 Cara Mund will lead the procession starting at  New Jersey Avenue and travel down the Boardwalk ending at Albany Avenue. Rain or shine.

The annual spectacle ushers in the Miss America Competition and features the 51 Miss America candidates celebrating the spirit of their home state through costume and one-of-a-kind wearable handmade art-shoe creations.  Floats, marching bands, dancers, twirling groups, and a variety of other amazing parade groups will join the fun!

“The parade is a highlight of Miss America competition week”, said Regina Hopper, Miss America Organization President & CEO. “The people of Atlantic City and fans of Miss America from across the country get the opportunity to come together to have fun and enjoy this great tradition!”

Parade Producer Todd Marcocci and his talented team at Under the Sun Productions have returned to create this unique parade.

“We are beyond thrilled to have the opportunity to produce the Miss America Show Us Your Shoes parade, the most unique parade in the nation, where every state and the District of Columbia is represented. No other parade exists like this one, and we are looking forward to sharing this unique experience with the public on the famed Atlantic City boardwalk” says Todd Marcocci, Parade Producer and President of Under The Sun Productions Inc.   “I encourage everyone to come out to Atlantic City for the parade, you do not want to miss it!”

Most of the boardwalk offers free public access to view the parade, however the seating areas located by Jim Whelan Boardwalk Hall are available for immediate purchase. To purchase parade tickets, click HERE.

If your group wants to be a part of this great event, contact undersunpr@aol.com to receive an application. Application submission closes on July 10 for all commercial and non-profit entries.

About the Miss America Organization

About Under The Sun Productions

Under The Sun Productions Inc. based in West Chester, PA has produced and co-produced over 140 parades in their 20 years in business, and are very passionate and dedicated to creating family friendly and fun filled parades, always keeping the spectator in mind.

The only agency of its kind nationwide, the CRDA has used Atlantic City casino reinvestments as a catalyst for meaningful, positive improvement in the lives of New Jersey residents since 1984.  Under the 2011 Tourism District Act, the Authority’s mission evolved from statewide projects to becoming the state’s key economic development agency for Atlantic City. CRDA’s expanded responsibilities now include land use regulation, tourism marketing and clean and safe initiatives. The CRDA also oversees Historic Boardwalk Hall (the leading entertainment venue of its size in the country) and the Atlantic City Convention Center.  In total, CRDA has invested nearly $2 billion in more than 400 projects statewide, of which $1.8 billion has been invested in Atlantic City, spurring business investments and expansions, and creating permanent jobs in the process. For more information about CRDA and our projects, visit www.njcrda.com.  Follow us on Facebook at Facebook.com/njcrda, and Twitter at www.twitter.com/njcrda. 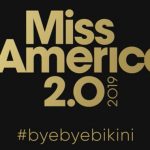 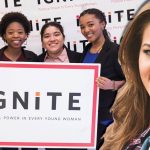