Appointments are Indicative of a Prominent New Beginning for the Nation’s Leading Advocates for Women’s Education, Empowerment and Scholarship Assistance to Young Women

Their appointments are significant and mark the first time in history where both organizations are being led by women who are products of the Miss America program. Earlier this year, Gretchen Carlson became the first former Miss America to be named Chair of the Board of Trustees of the Miss America Organization. The induction of this all female leadership team signals forthcoming transformational changes to the entire organization and program, ushering in a new era of progressiveness, inclusiveness and empowerment.

Hopper recently re-joined the Miss America Organization to assist in instituting new governance and management best practices. In her new role she is responsible for day-to-day operations and the television broadcast.

“Miss America is at an incredibly important juncture in its history. I am honored to join Gretchen and Marjorie, the respective boards, our state and local executive directors, staff and volunteers as we work collectively and inclusively to build a 365 day a year program that both identifies and advances opportunities for young women.” said Hopper. “We all care deeply about this program and, as we move toward the 100th anniversary, are working toward a renewed relevancy for the program so more young women will see Miss America as a path through which they can succeed and grow.”

“I am honored to lead the Miss America Foundation as we begin a new chapter of the Foundation,” said Vincent-Tripp. “It is my hope to continue the mission of expanding the reach of the Foundation to provide scholarship opportunities for young women across the board,” she added.

Hopper has an extensive background in advocacy and non-profit leadership as the Senior Vice President of Global Public Policy for GRIDSMART Technologies and having served as President and CEO of ITS America and America’s Natural Gas Alliance and Executive Vice President of USTelecom and the American Trucking Associations. She is a former correspondent for CBS News where she won an Emmy for her work on 48 Hours. As Miss Arkansas 1983, Regina won the non-finalist talent award at the 1984 Miss America competition and led that year’s Miss America USO overseas tour. She is a graduate of the University of Arkansas School of Law and Fulbright College. She is currently serving on the University of Arkansas Alumni Association Board of Directors as well as the Arkansas State Society Board of Directors.

Vincent-Tripp, Miss America 1991, is currently an Assistant Attorney General at the Florida Office of the Attorney General, working in the Criminal Appeals Division. She is a former television news anchor, reporter and a broadcast journalist. She is a DePaul University graduate and holds a bachelor’s degree in music. Vincent-Tripp was a law student at Duke University when she represented her home state of Illinois at the Miss America competition.  During her year of service, she traveled to more than 40 states to raise awareness and address the plight of domestic violence raising thousands of dollars for domestic violence programs across the country. 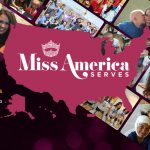